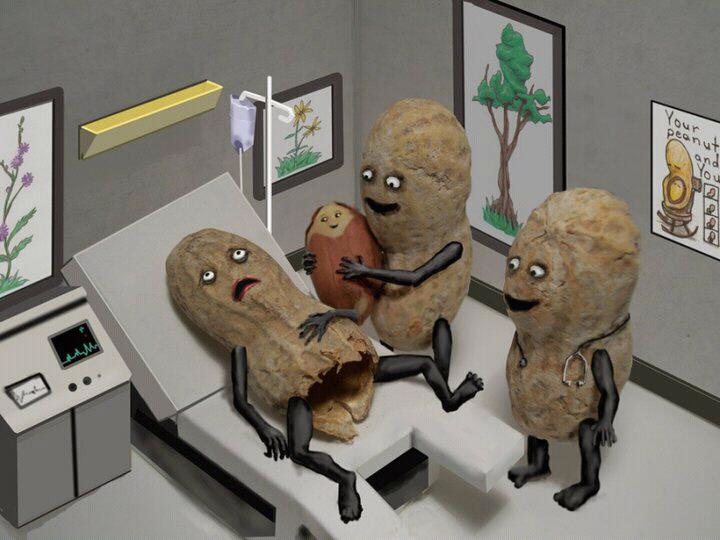 I didn’t want my first blog post to be overly negative, but it turns out evicting a human from your ladyspace is far from a glamorous procedure, and as it’s still relatively fresh in my mind (and vagina) I thought I would put together a brutally honest account of some of the things I learned during labour and after giving birth. Not rated PG.

After my body pointblank refused to go into labour naturally, the doctor broke my water and hooked me up to the devil’s semen, more commonly known as Picotin. It literally felt like I was in the deepest circle of hell. I went from having moderate periody type pains and was all like “oh, well this isn’t that bad, not sure what everyone complains about.. ” to “HOLY MOTHER OF STICKLEBRICKS, NUMB ME NOW!” in less than 5 minutes.

My advice, if you have to be induced and you are offered an Epidural, take it. Take it yesterday.

Your sex parts are a free-for-all

For me, post-pregnancy, the idea of having anyone, other than my boyfriend, openly sniffing around my nether regions made me feel a bit queasy. Turns out, come the big day, your once private parts are far from ‘yours’, and even further from ‘private’. There are more people prodding you about and sticking things in your box than you can begin to imagine, but the best thing about it: you will give exactly zero hoots.

You really do have to push

For me, quite possibly the worst part of the whole experience. After being topped up 40,000 times stretching over a 10 hour period, my epidural conveniently decided to run out just before the ‘pushing stage’ and apparently “there wasn’t time to top it up” (sadists), so, I’m gonna be honest, it didn’t exactly feel awesome.

When we reached this point I had firmly decided that this whole baby thing had been a terrible idea and we should probably all just go home and put the kettle on. But my uterus was having other ideas so after some pelvis-shattering pain and my sex-parts feeling like they opened not unlike a packet of crisps (one word guys – condoms), an amazing little human was plonked on my chest and everyone was all happy and relieved until…

Remember that organ that you heard about at your Antenatal Classes that is just hanging out, feeding the baby and basically just keeping it alive? Yep it’s pretty cool and everyone’s all like ‘yay placenta’ and no more consideration is really given to it.. until the main event.

Just when you think it’s all over and you’re looking into the eyes of your beautiful (and somewhat sticky) baby, coming to terms with what just happened.. well let’s just say, it has to come out too (and it’s basically the size of another baby).

Don’t expect it to be anything like you expect

You know that beautifully crafted birth plan you spent the last 4 months perfecting within an inch of its life? The one you put together in your very best handwriting in English and Spanish? Pointless. You may as well wipe your stitch-free, post-birth butt with it.

Be ready to agree to all the things you were adamant you wouldn’t. (My number 1 was: No Epidural – LOLZ)

Once labour kicks in you literally will not care in the least where you are or who is delivering your spawn. JUST GET THE BABY OUT.

My expectation was much worse than the reality. Apart from the fact they have no gas and air in Spanish hospitals (I mean, really?), the whole experience wasn’t exactly horrendous. Plus I was lucky enough to have my mum and Kristian in the room with me. So besides the occasional “WHAT ARE THEY SAYING NOW?!” outburst, I can’t say I think it was any more stressful than if I was back in the UK.

Blood. So much blood. Who even knew it was possible to lose that much without dying. 3 weeks post squeezing a human out of my lady bucket and I was in a state of perpetual disbelief about just how much blood I was STILL losing.

Maternity pads are your best friend; don’t be afraid to buy them like I was because you will find yourself side-shuffling to the nearest Mothercare 2 days post-birth to stock up.

Do not expect your pre-pregnancy body to magically reappear once you’re done becoming unpregnant. The day I left the hospital, Kristian and I bumped into an old friend of his who asked me when the baby was due. I mind-kicked him so hard, his man-parts resembled chin ornaments.

I’m 7 weeks down the line and I still spend evenings prodding the now stripy, marshmallowy area where my wonderful flat stomach once was and wondering what the heck happened.

You really do forget the pain

2 days post birth I was adamant I wasn’t going to let anyone with a penis within a 10 metre radius of me, let alone have another child (are you actually mental), but fast-forward 7 weeks and I can honestly look back at the whole experience like a mildly realistic drug-induced nightmare dream and smile (just about).

So, without wanting to sound like a wet flannel, it really is all worth it, I mean hello, just look at that face. 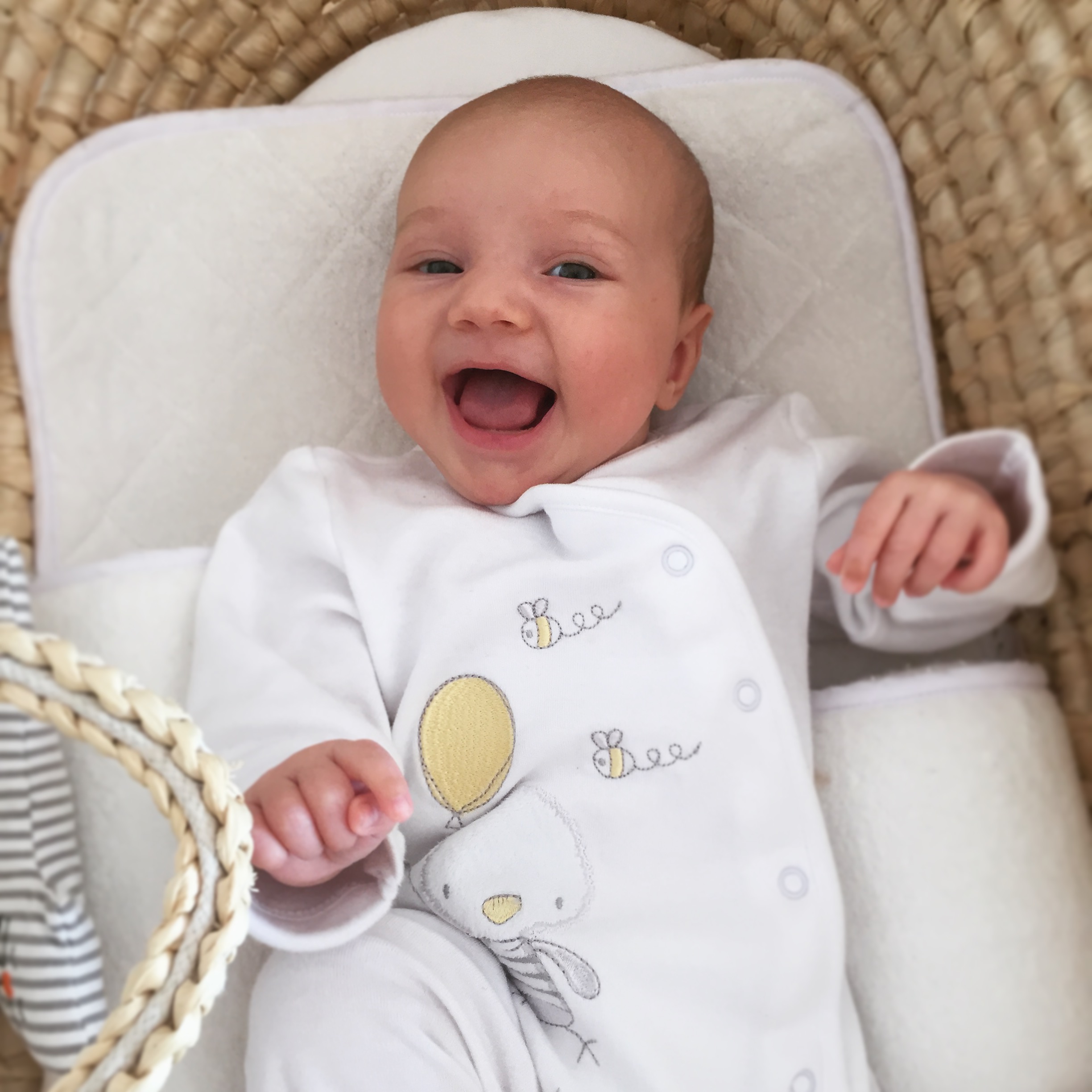 5 Replies to “9 things I learned about giving birth”